Over ninety-five percent of New York shops were found defective with respect to safety.  Buildings were without fire escapes and adequate exits.  Cluttered and crowded working conditions posed a constant health and fire risk.  Many shops had locked doors funneling workers leaving at the end of the day past a check point where bags were searched for stolen ribbons, buttons or finished clothing.

Clara Lemlich, an organizer for shirtwaist makers, had already been beaten by police and arrested 17 times before the Cooper Union meeting on November 22.  After 2 hours of speeches she took the podium to tell in Yiddish about the intolerable conditions in the shops and call for an end to the discussion and a vote on a general strike, now!  The response was immediate and overwhelmingly affirmative.  Within a day 20,000 shirtwaist makers had walked out, effectively bringing production to a halt.  The uprising of the 20,000

Women raised their hands voting for the strike and pledging to walk the picket lines for its success.  This action brought them into clear conflict with police, judges, lawyers, employers, but also their families and other workers.

The march to City Hall brought attention to the unethical treatment of workers and the strike.  Demands were made for better working conditions and pay, abolition of the subcontracting system and fines, payment for supplies, a 52-hour work week, weekly pay and limited overtime, and equal distribution of overtime during the slack season.  These culminated in a demand for recognition of the union.

Unprincipled owners hired scabs, police, thugs and prostitutes to disrupt orderly picketing.  Arrested strikers were taken to Jefferson Market Prison for booking.  The Women’s Trade Union League was very successful raising funds to pay fines and bail but some women did have to spend time in the workhouse on Blackwell’s Island.

Women turned to allies in the upper and middle class including the Women’s Trade Union League for assistance.  This affiliation was not without ambivalence. The “allies” were often rich white Christians who did not necessarily understand Yiddish or Italian, nor did they all hold in high regard the cultural and religious practices of the immigrants they attempted to aid.  Carola Woerishoffer, a young wealthy graduate of Bryn Mawr, used her resources to buy houses and then, waiting in the Jefferson Market Court, offered the deeds as security for strikers’ release.

One hundred and forty-eight persons nine-tenths of them girls and young women are known to have been killed in a fire which burned out the ten story factory building at the northwest corner of Washington place and Green street, just off Washington square, this afternoon.

One hundred and forty-one of them were instantly killed, either by leaps from the windows and down elevator shafts, or by being smothered. Seven died in the hospitals.

FALLING BODIES HURT RESCUERS.
Women and girl machine operators jumped from the eighth, ninth, and tenth floors in groups of twos and threes into life nets and their bodies spun downward from the high windows of the building so close together that the few nets soon were broken and the firemen and passersby who helped hold them were crushed to the pavement by the rain of falling bodies.

Within a few minutes after the first cry of fire had been yelled on the eighth floor of the building, fifty-three were lying half nude, on the pavement. Bare legs in some cases were burned a dark brown and waists and skirts in tatters showed that they had been torn in the panic within the building before the girls got to the windows to jump to death.

The mangled bodies lay there with the spill of the water which the firemen soon were pouring from water towers and hose into the building, soaking them. There was no time to clear away the dead in the street. Inside the building the firemen believed there still were dozens upon dozens of girls and men and they wasted no time upon those whom they knew to be dead.

BODIES LIE IN PILES.
It was more than an hour and a half before the firemen could enter the floor where the fire started, the eighth, and they came back then with word that a glance showed fifty dead bodies on the floor alone.

Some of the girls, in jumping, smashed through the sidewalk vault lights on the Washington place side of the building. The bodies that continued to crash upon the vault light finally made a hole in it about five feet in diameter. Just at dusk firemen and policemen were pulling many half nude and burned corpses from this hole.

CROKER STAGGERED BY SIGHTS
Inside the building on the three top floors the sights were even more awful. When Fire Chief Croker could make his way into these three floors he saw a tragedy that utterly staggered him that sent him, a man used to viewing horrors, back and down into the street with quivering lips.

The floors were black with smoke. And then he saw as the smoke drifted away bodies burned to bare bone. There were skeletons bending over sewing machines, the victims having been killed as they worked. Other piles of skeletons lay before every door and elevator shaft where the sufferers fell in their effort to escape.

“The worst fire in a New York building,” said Chief Croker as he came out among the ambulances and fire apparatus again, “since the burning of the Brooklyn theater in the 70’s.”

FOUND LIVING AMONG DEAD.
More than an hour after the last of the girls had jumped policemen who had approached the building to gather up the bodies and stretch them out on the opposite side of Greene street found one girl, Bertha Weintrout, the last girl to leap from the ninth floor, still breathing. Two or three dead bodies were piled alongside her, and as the policemen were moving those away they heard the girl sigh. The police yelled for a doctor, and the girl, still bleeding and dripping wet was hurried to St. Vincent’s hospital.

A man who has an office on the third floor of the building in Washington place, across from the burned building, said he looked up upon hearing shrieks and saw a girl climb out of a window on the ninth floor of the Asch building, where the fire occurred. At this time the man, who refused to give his name, says there was no sign of smoke or flame. The girl stood for a moment. Then she jumped. She whirled over and over, a streak of black gown and white underclothing, for nine floors and crashed into the sidewalk.

LEAP TO THEIR DEATH.
About the same time Dr. Ralph Fralick, 119 Waverley place, was walking across Washington Square park toward the building and started on a run as he saw the heads of screaming girls at the window sills of the ninth floor.

They stood for a time, the doctor says, on the little ledge. Then a girl jumped and another and another. Some of them fell straight as a plummet and smashed through the vault lights of the street into the basement under the sidewalk. Most of them turned many times, shrieking as they fell.

One girl, the doctor says, deliberately took off her hat and laid on the ledge before she jumped.

MAN PUSHES MANY OUT.
But the greater number were jumping from the east side of the corner building and landing burned and crushed in Green street. Here one man ran from window to window, picked up girls bodily, and dropped them to the pavement. Either he thought the nets were there to catch them or he believed this was the easiest way.

When he had dropped the last girl within reach he climbed on to the sill and jumped straight out, with a hand raised as a bridge jumper holds his arm upward to balance himself.

All the girls had jumped from the Greene street side of the building and it seemed that the ninth floor ledge on this side was clear when two girls clambered out upon it. One of them seemed self-poised; at least her movements were slow and deliberate. With her was a younger girl shrieking and twisting with fright.

TRIES TO SAVE COMPANION.
The crowd yelled to the two not to jump. The older girl placed both arms around the younger and pulled her back on the ledge toward the brick wall and tried to press her close to the wall.
But the younger girl twisted her head and shoulders loose from the protecting embrace, took a step or two to the right and jumped.

After her younger companion had died the girl who was left stood back against the wall motionless, and for a moment she held her hands rigid against her thighs, her head tilted upward and looking toward the sky. Smoke began to trickle out of the broken window a few inches to her left. She began to raise her arms then and make slow gestures as if she were addressing a crowd above her. A tongue of flame licked up along the window sill and singed her hair and then out of the smoke which was beginning to hide her from view she jumped, feet foremost, falling, without turning, to the street. It was the Bertha Weintrout, whom the police found still breathing an hour later under the cataracts spilling from ledge to ledge upon the dead who lay around her.

About 200 other employes, mostly women, in the meantime had got out on the roof of the building, crazy with fright. Across the small court at the back of the building are the rear windows of the New York University Law school.

The students got 150 women, girls, and men away from the burning building in this way.

MANY FIGHT FOR SAFETY.
At the other end of the roof from the students’ ladders, fifty men and women were fighting with one another to climb the five feet to the roof of an adjoining building at the corner of Waverly place and Greene street. The law students say that the men bit and kicked the women and girls for a chance to climb to the other roof and safety.

Kremer, when the last of the group nearest the law school had been saved, climbed down the ladder to the roof of the burning building and went down the roof scuttle to the top floor.

He could see only one girl, who ran shrieking toward him with her hair burning. She had come up from the floor beneath and as she came to Kremer she fainted in his arms. He smothered the sparks in her hair with his hands and then tried to carry her up the narrow ladder to the roof. But because she was unconscious he had to wrap long strands of her hair around his hand and drag her to fresh air in the way. His friend Kanter helped him to get the girl up the ladder to the law school roof and safety. 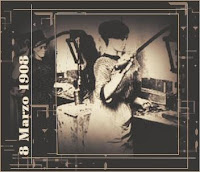 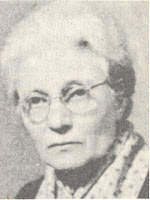 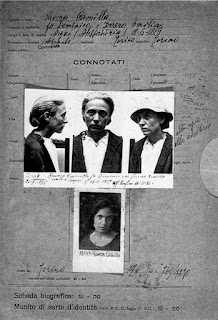 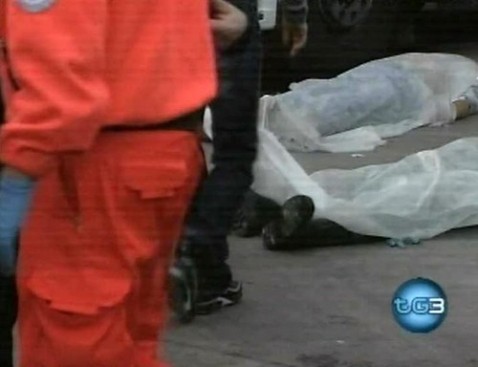 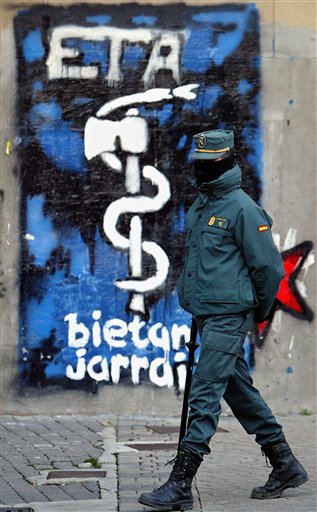 per l’impegno a limitare gli effetti